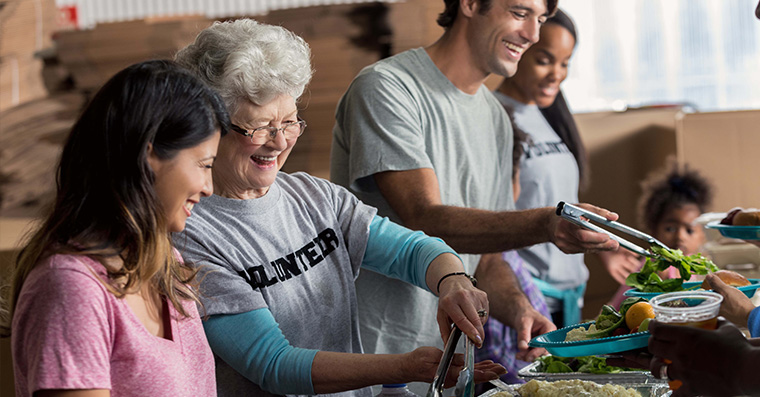 May is Older Americans Month: Recognizing the Achievements and Impact of Older Adults

POSTED ON
May 18, 2022
by
The Village at Providence Point

We don’t need any excuse to celebrate older adults at The Village at Providence Point—A National Lutheran Community, it’s part of our mission and ministry. Nationally, the month of May is designated as Older Americans Month. That allows us all the valuable opportunity to recognize the impact, influence and legacy of older adults and their tremendous contributions to our families, communities and society at large.

To get the ball rolling, let’s highlight four areas where older Americans make a difference.

An AARP study from 2019 found that Americans aged 50 and over contribute so much to the U.S. economy that they'd be the world's third-largest economy (behind the United States and China) if they were counted as their own country. The trend points steeply upwards: the $8.3 billion contributed by older Americans in 2018 is expected to triple by 2050 as most millennials and Gen Z-ers move into middle and older adulthood.

2. Older Americans give back to society

President Gerald Ford proclaimed Older Americans Month in 1976. When most people think about older adults who have given back to society, they're just as likely to picture his successor, Jimmy Carter, who has been helping build houses for Habitat for Humanity well into his 90s.

The 39th president is far from an outlier. Older adults contribute billions of dollars’ worth of work through unpaid activities, from cleaning up parks to organizing food drives at community centers. Irrespective of their religion or politics, many older adults subscribe to the idea of purposeful living, pursuing goals that contribute to the greater good.

Just for a moment, imagine if grandparents everywhere decided to take a weeklong break from caring for their grandchildren. How many kids wouldn't get to school? How many adults wouldn't get to work? Could the economy as we know it function at all?

Older adults acting as caregivers can end up saving their families thousands of dollars in childcare and other costs. In many instances, older adults are also the primary caregivers for their spouses and even — in a scenario that is becoming more common as people live longer — their own parents.

From organizing church concerts and community theater productions to filling independent movie houses for afternoon matinees, older adults play an outsize role in nurturing and preserving grassroots culture. Many not-for-profit cultural institutions would struggle to survive without the support of older adults.

What about the brighter lights of Hollywood? Well, it turns out that older Americans are indispensable there too. From Denzel Washington (67) and Oprah Winfrey (68) to Meryl Streep (72) and Clint Eastwood (91), older celebrities continue to inspire people of all generations (and dazzle on the red carpet).

While we’re on the subject of A-list seniors, let’s not forget that the current president took the oath of office at the age of 78, succeeding a man who was sworn in at the age of 70. So much for a quiet retirement!

In the same way that millions of seniors are redefining what it means to be an older American, The Village at Providence Point aims to redefine what it means to be a senior living community. If you’d like to learn more about reserving a home, contact us today or sign up for one of our informational events.